Enough to make your eyes roll but in a good way 😃

Since the reburial of our king on Thursday, I have been distressed and dismayed at the attention given by the unlearned and the unkind to Dr John Ashdown-Hill’s expressions at the service. 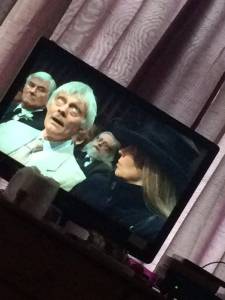 Have these people never heard of the poet Geoffrey Chaucer, the father of English literature? Are they not familiar with his monk, described in Chaucer’s General Prologue to the Canterbury Tales?

. . . .His eyen stepe, and rollynge in his heed,
That stemed as a forneys of a leed

(His bulging eyes he rolled about, and hot
They gleamed and red, like fire beneath a pot)

Clearly, Dr Ashdown-Hill, overcome during a quiet point of the ceremony with the beauty of Chaucer’s prose as he happened to recall it, was unable to prevent himself from spontaneously acting it out. This often happens to me in public places, and is entirely understandable.

I hope that in light of…